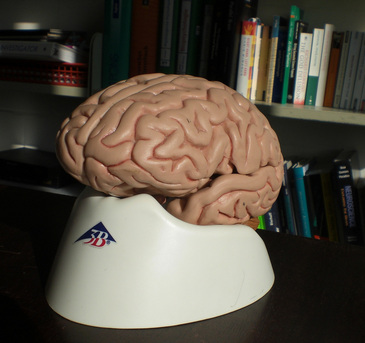 In recent years, we have seen the rapid proliferation of “brain training” and "memory training" programs that purport to build working memory (mentally suspending information while using or manipulating it), treat attention deficit disorder and learning differences, and generally improve cognitive function in children and adults. We have been reluctant to recommend these programs because they tend to be expensive and time-consuming while the long term benefits are unclear.

Research demonstrating that these brain training programs are beneficial may sound convincing. After all, we do know that we are constantly making new brain cells and re-wiring our brains. We know that working memory, which is often compared to a computer’s RAM, is an important brain function that plays a major role in many important activities. We also know that these programs do lead to short-term improvements in performance on working memory tests.

However, what has not been clear among all of the hype surrounding these commercial programs are the answers to two critical questions:


An article recently released on-line and about to be published in the journal Developmental Psychology answers both questions in the negative. In the article, Drs. Monica Melby-Lervag and Charles Hulme report on their meta-analysis of 23 different studies, including those that examined three well-publicized programs: Cogmed, Jungle Memory, and Cognifit.


When asked why we don’t recommend these programs, I frequently respond that the idea that exercising an isolated brain function will improve your academic performance makes as much sense as thinking that arm exercises alone will make you a better tennis player. On the other hand, activities that build mastery in meaningful activities, enhance self-esteem, and support the development of healthy relationships are “brain building exercises” that have been well documented to produce long-term benefits that extend beyond the task at hand.

We will continue to stay abreast of the research in this area and will enthusiastically recommend those programs and strategies that have been proven to have long term effectiveness through rigorous scientific research.
-Paul B. Yellin, MD, FAAP

Back to newsletter home